In February 2017, I decided to send my beloved Microsoft Lumia 950 into retirement and got a OnePlus 3t. It really wasn’t easy for me. This is the story: in 2009 I bought my first Windows Phone –  a Nokia Lumia 820 after several years of having the Blackberry Bold 9600, which was my first so-called smartphone. Why so-called? Well, there were hardly any apps compared to Android and iOS, and the battery would last surprisingly long, which was not typical for the competition 😉 of course, with the 5 days on the Blackberry hardly a smartphone could keep up, but let’s leave that as it is.

You can now discuss what’s good and what’s bad but I don’t want to start here. Shortly after the Windows Phone 820 I bought a 920, then soon a 930 and then the Lumia 950 came out. My absolute highlight concerning smartphones.

As an “anti-app user” I didn’t mind using it “only” as a working device. I was able to make phone calls and write text messages, emails and edit documents – and I was also really fast and integrated with the apps that were designed for it. The Dual-Sim integration was excellent, so I still try today (after 1.5 years on Android) to make this work properly.

We don’t even need to talk about the camera. This quality will probably only be available in smartphones in 4 years’ time when the current “new expensive top devices” will be so sparse.

The idea behind a Windows Phone was ingenious, but the implementation was a bit stuttering for the end users. The problem was simply that some updates made it much worse than it was.

The same happened to me with Microsoft Band 2. Until today, no leading manufacturer has managed to implement these sensors and functions (example: Smart Alarm). No one even made it integrate them into the devices. I don’t know why they fail. But that was the next device that was far ahead of its time and had finally be returned due to battery problems.

Well, as I said, I have had a OnePlus 3t since February 2017. The switch to Android was really a challenge. It was slow and you had to configure a lot to make it work. The camera doesn’t bring the usual quality even with the OnePlus6 yet. But still I prefer to use an open system than the pre-configured Android smartphones á la Samsung and Co.

I still hope to finally be able to read on the day that there will be a Surface Phone or a Microsoft Band 3 presented.

So much for the story of my Microsoft enthusiasm and I’m looking forward to a lively discussion in the comments.

I am Patrick Riedl, and as you can see I am totally Microsoft enthusiastic. Through my work as a Cloud Architect and my background in IT- & information-security, I always try to be ahead of times. With this blog & podcast I hope to give back some knowledge and learning to the online community. I am always looking forward to feedback. View all posts by Patrick Riedl

This site uses Akismet to reduce spam. Learn how your comment data is processed. 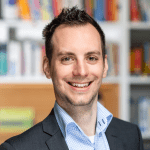 As you can see, I am a Cloud & Security Enthusiast. Through my work as a Cloud Strategy Advisor and my background in IT security, I always try to be ahead of the times.
I hope to give back some knowledge to the online community with this blog and podcast. Want to stay up to date? Check out my social channels!

This website uses cookies to improve your experience while you navigate through the website. Out of these cookies, the cookies that are categorized as necessary are stored on your browser as they are essential for the working of basic functionalities of the website. We also use third-party cookies that help us analyze and understand how you use this website. These cookies will be stored in your browser only with your consent. You also have the option to opt-out of these cookies. But opting out of some of these cookies may have an effect on your browsing experience.
Necessary Always Enabled
Necessary cookies are absolutely essential for the website to function properly. This category only includes cookies that ensures basic functionalities and security features of the website. These cookies do not store any personal information.
Non-necessary
Any cookies that may not be particularly necessary for the website to function and is used specifically to collect user personal data via analytics, ads, other embedded contents are termed as non-necessary cookies. It is mandatory to procure user consent prior to running these cookies on your website.
SAVE & ACCEPT